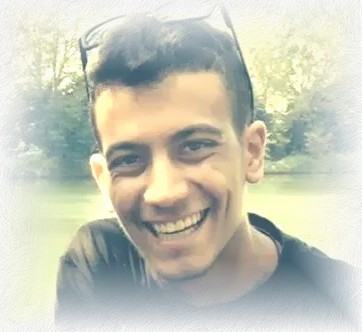 NICOLA PERIN (1998-2015) — Born February 2, 1998, this young Italian has been compared to the likes of Chiara Luce Badano and Carlo Acutis, and was included in an exposition called “The Saints Next Door”. Nicola was charismatic and energetic. He loved rugby, which he began playing when he was 6, as well as fishing and other sports activities. He also excelled in the classroom, both as a student and as a friend, gaining the affection and respect of his teachers and peers.

When he entered high school, he started to suffer from fatigue and other symptoms, and at the age of 15, he was diagnosed with leukemia. Nicola, who had a special devotion to Padre Pio and to the Virgin Mary, was patient and humble throughout all the tests and therapies involved in his treatment, including two bone marrow transplants. His mother recalls that he was always smiling, and suffered with “great serenity and peace,” never complaining, and often encouraging and playing with younger patients.

Eventually, he became too weak to carry on any activities. Two days before his death, he asked his father to help him make the sign of the cross: the last gesture he would ever make. He died on December 24, 2015, at the age of 17. Many people now visit his grave to pray for his intercession.