OUR LADY OF GUADALUPE

OUR LADY OF GUADALUPE 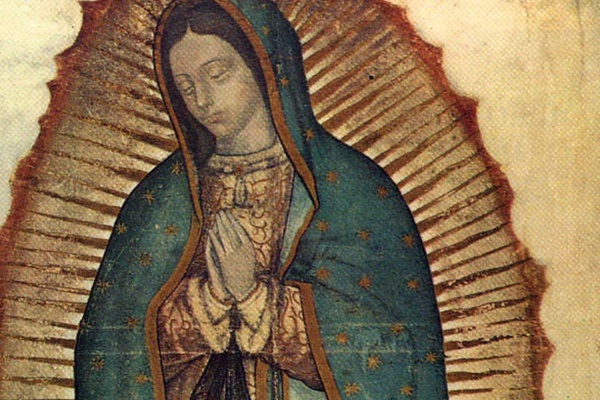 Those who have been to the Basilica of Our Lady of Guadalupe in Mexico City will remember the inscription that greets them as they enter: “¿No estoy yo aquí, que soy tu Madre?” (“Am I not here, who am your Mother?”), which is reproduced on today’s cover.

According to accounts, on the morning of December 9, 1531, Juan Diego saw an apparition of a young girl at Tepeyac hill, near Mexico City. She spoke to him in his native language, identified herself as the Mother of the living God and told him to go to the bishop and ask that a church be built at that site in her honor.

Bishop Fray Juan de Zumárraga rebuffed him twice, finally instructing him to return and ask the lady for a sign to prove her identity.

Although Juan Diego hoped to avoid meeting our Lady for the third time, when he went to get a priest for his dying uncle, She met Juan Diego on his new path, telling him to have faith in her, and that his uncle would recover. It was then that she uttered her famous phrase above. Then the Virgin told Juan Diego to gather flowers from the top of the hill. Although December was very late in the growing season for flowers to bloom, Juan Diego found Castilian roses, not native to Mexico, on the normally barren hilltop.

The Virgin arranged these in his peasant cloak or tilma. When Juan Diego opened his cloak before Bishop Zumárraga, the flowers fell to the floor, and on the fabric was the image of the Virgin of Guadalupe, which to this day is venerated at the basilica near Mexico City. It was December 12, 1531.